The rebate was brought in to help householders with soaring energy bills, but National Energy Action (NEA) warns that millions of pounds are yet to be claimed

National Energy Action (NEA) worked with the BBC on their story, today, which reveals that the most vulnerable households are missing out on vital help with their spiralling energy bills.

Since Ofgem raised the price cap in April, bills have increased on average by 54%, bringing them to almost £2,000 per annum. Many households pay much more. Our figures show that 6.5 million UK households are now fuel poor.

The UK Government announced it was introducing two measures to help. One has been dubbed a ‘buy now heat later’ £200 loan for all households, which they will receive in October. But it has to be paid back over the next five years. The other is the £150 energy rebate. This is for everyone who lives in a band A to D property, while in Wales anyone in receipt of council tax reduction is also eligible, irrespective of whichever council tax band they are in. Initially, the UK Government announced it would be received in April but now some councils are saying ‘from April’.

While those who pay by direct debit should receive the money automatically, those who pay in other ways or who are exempt from council tax have to apply. These are often the most vulnerable households. Many do not know they are eligible or how to apply, meaning millions of pounds are remaining unclaimed.

“The UK Government’s response to the energy crisis has been wholly inadequate so far. We’ve got serious concerns about the way the council tax rebate is being implemented. Councils across England and Wales have their own way of administering the scheme, creating a postcode lottery for struggling households.

“In England, the rebate doesn’t apply to those outside council tax bands A to D. While the Treasury said that there would be money for other vulnerable households outside of the eligibility, they will often need to self-identify, rather than just getting the rebate automatically, which could see desperate households slipping through the cracks. It’s estimated that over 600,000 low-income households fall outside of bands A to D, and many of those will not have access to the support.

“These problems are not isolated to the council tax energy rebate. The £200 heat now pay later scheme is designed in such a way that households using prepayment meters, often the most financially vulnerable, are more likely to miss out on the benefits. This is unacceptable.

“It is already a dire situation. However, when the price cap rises again in October and the temperature begins to drop, millions of households are going to be pushed below the waterline unless the government introduces a new, adequate package of support.” 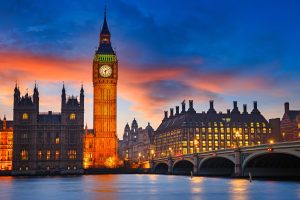 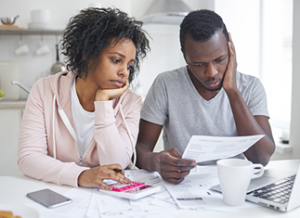