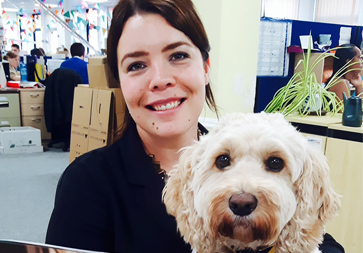 Since 2014, Helen has worked at Dogs Trust, the UK’s leading dog welfare charity as Head of Philanthropy & Corporate Partnerships. She is responsible for establishing and leading Dogs Trust’s high value fundraising department focused on major donors, trusts and foundations, special events and commercial partnerships. Helen also established Dogs Trust USA in 2017, as a 501 c 3 non-profit in the USA and is currently responsible for running the US charity.Prior to joining Dogs Trust, Helen worked as International Head of Development at The Climate Group, a non-profit focused on tackling climate change by empowering world leaders in business and government. She established a global team to grow income for the US, India, China/ Hong Kong and Europe operations.Helen is originally from the North East and started her career at NEA. She worked at the charity for nearly eight years between 2004 and 2011, first as an Assistant in the Research Team before moving into fundraising and establishing NEA’s Income Generation Team. Helen also served as a Trustee of The ScottishPower Energy People Trust and as a judge of The People’s Postcode Lottery Green Challenge Scholarship.She is proud owner of Darcy, a 7-year-old rescue cockapoo and currently splits her time between the North East, London and the USA.