New official Welsh Government fuel poverty estimates say up to 45% of households in Wales are now likely to be struggling to keep warm and safe at home, trapped in fuel poverty.

“These statistics are worse than feared. The energy crisis is having a catastrophic impact on households across Wales, with almost half of all households estimated to be in fuel poverty. Over 217,000 are living on the lowest incomes, struggling to keep warm and safe at home.

Worryingly, up to 115,000 households are in ‘severe fuel poverty’, having to spend more than 20% of their income just to keep warm. These people can do very little, if anything at all, to improve their own situation. Those on the lowest incomes, living in the leakiest homes, are simply being priced out of having essential warmth and power. With no slack in their budgets and nothing left to ration, their quality of life is plummeting. When the cold weather strikes this coming winter, it will have a grave impact on health and well-being.”

NEA says it and advice organisations across the country will try to do all that they can for those in greatest need, but they are at the limit of support they can provide. Further targeted support from the Welsh and UK governments will be needed to address the fuel poverty crisis.

“A crisis of this magnitude requires further, targeted intervention for those in the deepest fuel poverty from the Welsh Government, the UK Government and energy regulator if we are to avoid a fuel poverty epidemic. This could cause a public health emergency this winter leading to many needless deaths.”

“So far, the Welsh Government has been proactive in responding to this challenge. Action will include another welcome ‘Winter Fuel Support Scheme’ payment later this year, widened to reach more low-income households in need, including pensioners eligible for Pension Credit. It is key this is paid to as many eligible households as possible ahead of October, to help prevent people from going without heat and power in the coldest months.

However, much more urgent support is also needed from the UK Government. It has the resources to stand by the poorest households, but the measures it has announced to-date will do very little to shield those most in need from severe harm. The regulator Ofgem has also got to honour its obligations to better support vulnerable consumers to protect them from the worst of cold homes and overwhelming debt.”

NEA continues to call on the UK Government and Ofgem to: 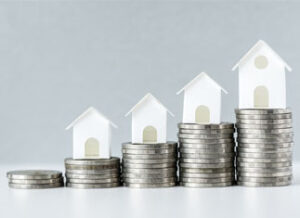