Today (4 August 2022), Ofgem has made several decisions on how the price cap is calculated. One of the decisions we expect is for Ofgem to calculate the price cap quarterly instead of every six months.

Current estimates from Cornwall Insight show this could result in average bills rising by a further £250 a year from January, in addition to October’s increases when bills are also expected to soar by over £1000 on average per year.

Additionally, Ofgem has been considering making changes to the split between standing charges and the unit rate for the electricity price cap. This would be welcome as currently standing charges have grown due to the pass through of costs caused by the cost of failed suppliers. For electricity customers, these charges are currently recovered without taking any account of a household’s income, payment type or usage, which means the poorest households with low consumption pay disproportionately more for these costs. There is less certainty surrounding Ofgem’s decision in this space and National Energy Action will provide a comment on that aspect when we have seen the detail. Broadly speaking, we would see it as positive if standing charges for electricity were reduced in October compared to current levels.

“Ofgem moving ahead now with passing price cap changes on to households quarterly rather than every six months, wasn’t necessary and unfortunately means further significant price increases in January are inevitable.

“Average annual bills are already predicted to increase by £1,200 a year – a 177% increase since last October. Now, householders can expect further hikes just after Christmas, in the middle of heating season when energy costs are typically at their highest.

“January is also usually a time of increased mental health problems and further hikes in bills will sadly lead to increased misery and huge anxiety for energy consumers across Great Britain, particularly for the poorest households. It’s disappointing that Ofgem has not listened to these concerns. They could have used their discretion to offset this avoidable outcome by starting the reforms in April when energy demand starts to fall.

“This change also strengthens the growing calls for deeper price protection for the poorest households, something Ofgem can and must help support.” 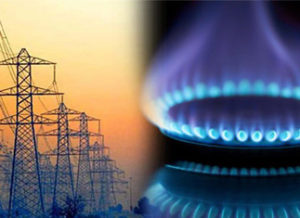